Treatment of Minors with Gender Dysphoria

On Tuesday, Britain’s High Court defended young children from the transgender movement’s rush to give kids experimental drugs that put them on a path to chemical castration. The court laid out a framework for considering whether minors under age 18 might be able to give informed consent to receive experimental so-called “puberty-blocking” drugs intended to treat gender dysphoria (the persistent condition of identifying with a gender opposite one’s biological sex).

In a groundbreaking ruling that should set the standard for such complex issues, Dame Victoria Sharp concluded that puberty-blockers are experimental, that their effects are not “reversible” as transgender activists claim, and that in order to consent to receive such drastic treatment, children must understand adult concepts that are almost certainly beyond their grasp.

Let me start off with something that is ignored in the above but explained later that puts a slightly different spin on things.

Sharp described the use of puberty-blockers for children going through puberty at the right age as “very unusual” because “there is real uncertainty over the short and long-term consequences of the treatment with very limited evidence as to its efficacy, or indeed quite what it is seeking to achieve.”

Worse, “there is a lack of clarity over the purpose of the treatment.” While GIDS has claimed that puberty-blockers give children a “pause to think” about gender identity before they proceed to irreversible cross-sex hormones, transgender advocates have also suggested that puberty-blockers “limit the effects of puberty, and thus the need for greater surgical and chemical intervention later” in cases where a child persists in his or her transgender identity.

Finally, “the consequences of the treatment are highly complex and potentially lifelong and life changing in the most fundamental way imaginable. The treatment goes to the heart of an individual’s identity, and is thus, quite possibly, unique as a medical treatment.”

The blockers do not, of themselves, cause permanent sterility.  It is the cross-sex hormones that do that.  But what is concerning to them is that less than 2% of those that go onto puberty blockers come off them and resume their standard puberty. Because of the low rate of rejection, puberty blockers are considered the first step in the process of reassignment and the consequences of that process IS complex and far reaching.

I don’t have a problem with puberty blockers, even for pre-pubescent kids. My concern is that minors are not getting GOOD support and advice from the adults around them.  Parents are not evaluating the child’s full history; they seek to respond to the societal pressures for resolution of issues with clear dimensions.  And the medical community appears to be too compromised to treat each child as a unique patient, rather to treat kids with an assembly line approach to ‘get’m in, get’m out’ cookie-cutter approach.

The details of the case are informative:

GIDS set Bell on a path to puberty-blockers at age 16 and she started taking testosterone at 17. By age 20, she realized “the vision I had as a teenager of becoming male was strictly a fantasy and that it was not possible. My biological make-up was still female and it showed, no matter how much testosterone was in my system or how much I would go to the gym. … I felt like a fraud and I began to feel more lost, isolated and confused than I did when I was pre-transition.”

Three things here: she had already entered puberty, within a year she was on cross-sex hormones, her expectations were unrealistic, and she had non-gender related unresolved prior to transition.

Once she had begun menses and had breast development, only surgical intervention would have changed them.  Testosterone would not of itself change them – though menses probably would have been interrupted.  The time on blockers was relatively short – this is the time for consideration and determination of underlying issues.  The idea that her expectations were ‘a fantasy’ is something that could have been resolved in a therapeutic setting but apparently was not. The medical community’s fast tracking or accepting the conclusions of a teen as sufficient evidence of appropriateness is malpractice.

For the female to male transsexual, hormones have a STRONG impact that can not be reversed even early in the process.  Voice change and hair growth can start as soon as 60 days into treatment.  For the male to female changes often take six months or more and are far more subtle and easily reversible.  For that reason alone, the female to male needs to be much better informed and treated carefully than the male to female.

You can not treat the female-to-male and the male-to-female transsexual the same medically. Timing and extent of puberty, impact and societal influences are different for both and need to be addressed differently.

And this bothers me greatly:

Bell claimed that she could not have consented to puberty-blockers at her age. Dame Sharp considered whether or not a 16-year-old child could be considered competent to consent to such an experimental “treatment” under the precedent of Gillick v. West Norfolk and Wisbech Health Authority (1986), in which the High Court ruled that minors could consent to receive contraception.

This is saying I need to be able to control my body at 16 and then having regretted the decisions telling everyone it’s their fault for letting them have the control. My problem is less with the child than with the adults around them.

However, I also have a problem with this:

Yet the use of puberty-blockers to treat gender dysphoria is experimental. In such cases, “the consequences of the treatment are profound, the benefits unclear and the long-term consequences to a material degree unknown.” In such cases, informed consent may be impossible, especially for children under age 16 who think of themselves as transgender.

It is not experimental.  The effects are well-known.  The consequences ARE profound, the benefits are clear, and the long-term consequences can be judged.  But two things have to happen: the child MUST be evaluated objectively, free from societal pressures and impacts such as granting consent by self-identification; the medical community must be assured that the full history of the child, free of prejudice, is considered and their current state of mind and expectations are rational.

Stopping puberty in a child with gender dysphoria is a blessing.  The betrayal of the body when dealing with the issue of gender dysphoria has a profoundly negative impact on their self-worth and evaluation.  If there are other mental health issues, they MUST be addressed prior to moving to cross-sex hormones.  If they cannot, then changing sex is likely to be an additional burden rather than helpful.

Even the following clearly fails to understand the nature of gender identity and the issue of gender dysphoria:

Even puberty-blockers do not make time stand still. They prevent a child from going through puberty in the normal process. At a minimum, this deprives him or her of “undergoing the physical and consequential psychological changes which would contribute to the understanding of a person’s identity.”

A person’s gender identity is established well before puberty. Other aspects of their personality continue to develop during, and after, puberty.  But the physical and psychological changes of puberty can damage a child with gender dysphoria.  Clear understanding by the parents and medical community caring for the child is needed – and right now, I have little confidence in either.  And the court’s order, and the article’s author are insufficient to help fix it.

In order to achieve competence to consent to transgender treatment, children must understand eight factors, according to Sharp:

(i) the immediate consequences of the treatment in physical and psychological terms; (ii) the fact that the vast majority of patients taking PBs go on to CSH and therefore that s/he is on a pathway to much greater medical interventions; (iii) the relationship between taking CSH and subsequent surgery, with the implications of such surgery; (iv) the fact that CSH may well lead to a loss of fertility; (v) the impact of CSH on sexual function; (vi) the impact that taking this step on this treatment pathway may have on future and life-long relationships; (vii) the unknown physical consequences of taking PBs; and (viii) the fact that the evidence base for this treatment is as yet highly uncertain.

Children lack the ability to understand what fertility and sexual fulfillment will mean to them as adults. As Sharp wrote, “the meaning of sexual fulfilment, and what the implications of treatment may be for this in the future, will be impossible for many children to comprehend.”

I’d argue ADULTS lack the ability to clearly understand all the consequences if their mental health is compromised in any way.  The demands of the Court shows little understanding of gender dysphoria or the development of children with it.

The criteria of the Court, rightly expressed by the article’s author, will result in few if any applications of puberty blockers to those under 16 or even 18.  And I think that is a failure of the Court and of the effort to protect children.

Posted by Tracy Coyle at 7:00 PM No comments: 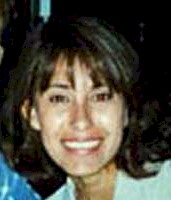